7 Reasons to Volunteer in the Angeles National Forest

Disclaimer The opinions expressed here are those of the author and do not necessarilly express the views of the Planet Experts editorial staff.

Only a massive effort by TreePeople volunteers makes it possible to replant and restore the fire-damaged areas of the Angeles National Forest.

In 2009, 161,000 acres (approximately 25%) of the Angeles National Forest was destroyed by fire, stripping the forests of Manzanita, sumac, sycamore and pine trees. 11,000 of those acres burned too deep for the forest to recover through natural processes.

Since then, working with the U.S. Forest Service, we’ve relied on volunteers to care for new saplings and help plant new trees while the soil conditions and temperature are optimal. This season we hope to plant 7,000 new trees!

Local forests help create and enhance animal and plant habitats and can act as safe havens for endangered species. So when the Angeles burned, critical home of several federally endangered and threatened species like the mountain yellow-legged frog, California condor and Santa Ana sucker were compromised.

Replanting in areas destroyed in the fire restores wildlife habitat for both at-risk species and others that live in the national forest, such as mountain lions, bighorn sheep and rattle snakes.

3. You’ll help prevent erosion, like the kind that leads to dangerous rock and mud slides. 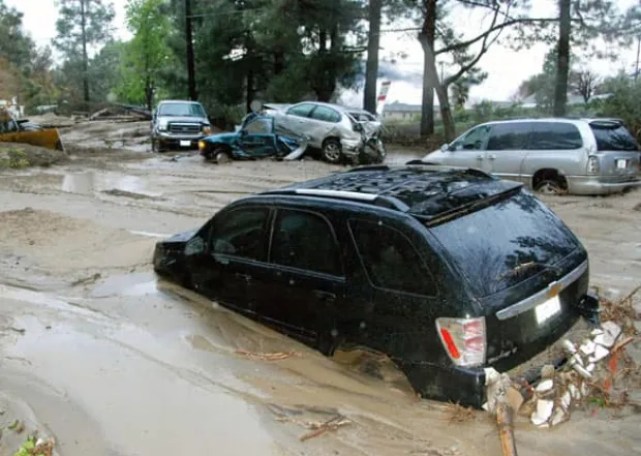 Trees are crucial to the prevention of severe floods and landslides due to their stabilizing root systems. Following the fires, mud and rockslides in early 2010 caused extensive damage to homes in the Angeles foothills.

While out in the field, volunteers learn about the interrelated nature of the forest ecosystem, such as the relationship between the forest and the water we drink. Since water resources are strained by the ongoing drought, a variety of agencies work together to make sure both the forest and the city get what they need.

5. You’ll help keep the air and water clean in the LA basin.

Planting trees prevents water pollution, cleans and replenishes local aquifers and leads to cleaner air. When the fire struck, the loss of forest destabilized the soil, and four watersheds were compromised. This lead to increased pollution in a watershed that supports 33% of the LA basin’s water supply!

Trees can replenish our groundwater supplies by acting as reservoirs for rainwater. Water flows down the trunks, branches and leaves of trees and into the soil. Trees also remove toxic gasses like carbon monoxide, carbon dioxide, and sulfur dioxide from the air and they alleviate climate change by absorbing carbon dioxide from the atmosphere. The more trees we plant, the better we all breathe.

6. You’ll have a fun time with new people out in the mountains surrounding Los Angeles.

TreePeople volunteers are dedicated, passionate, and friendly! While out in the field, you’ll have fun and make new friends while making a difference.

7. You’ll leave your legacy in the form of a restored forest for future Angelenos to enjoy.

With each tree you plant or care for, you’re contributing to the future health and beauty of a restored forest, one that will benefit Angelenos for generations.

You don’t have to wait to help restore the Angeles. Register to volunteer this planting season by checking out our calendar. Or attend an Angeles Forest Supervisor Training on March 28 in the Angeles Forest.

(This post originally appeared on TreePeople. It has been reprinted here with permission.)

This site uses Akismet to reduce spam. Learn how your comment data is processed.

ENVIRONMENTAL NEWS
FROM THE FRONT LINES

Get the top stories from Planet Experts — right to your inbox every week.