Mr. Woodring is the Co-Founder of Ocean Recovery Alliance, a non-profit organization focused on bringing innovative solutions, technology, collaborations and policy together to impact positive improvements for the health of the ocean.

Two of its global programs were launched at the Clinton Global Initiative in 2010, and he is a UNEP Climate Hero for his efforts. He has been on the advisory board of the XPrize and The Economist’s World Oceans Summit. In 2011, he co-authored the United Nations Environmental Program Yearbook chapter on the danger of plastic in the ocean.

Ocean Recovery Alliance is the first NGO in the world to be working with both UNEP and the World Bank on plastic pollution and ocean issues. He is on the Advisory Committee of Wharton’s Institute for Global Environmental Leadership, and is the founder of the Plasticity Forum, which focuses on plastic innovation without the waste footprint.

Mr. Woodring has worked in Asia for over 20 years, including four years in the asset management industry where, at Merrill Lynch Asset Management Hong Kong in 1998, he proposed the company’s first global environmental technology fund.

He has been nominated three times as World Open Water Swimmer of the Year for his innovative contributions to the sport, and was recently named as one of the top 50 “watermen” in the world.

Most recently, he was awarded 2018 Prince's Prize for Innovative Philanthropy by H.S.H. Prince Albert II of Monaco for his years of dedication, focus and persistence in reducing plastic pollution with creative, scalable programs.

Born in Northern California, Mr. Woodring has a dual master’s degree from The Wharton School (MBA) and Johns Hopkins University, School of Advanced International Studies (SAIS) in Environmental Economics. He has a BA from the University of California at Berkeley in Economics and Political Science.

The CITES Veil and Its Unintentional Kill

For those who follow the workings and importance of our global ecosystem - the gatekeeping mechanism for our economy, you will know that last week marked the end of another...

What Happens When China Joins the Circular Economy?

Plastic, China and How to Drive Your Brand into the Circular Economy As our seafood gets overfished, and with a growing global population that consumes many more products and plastic,... 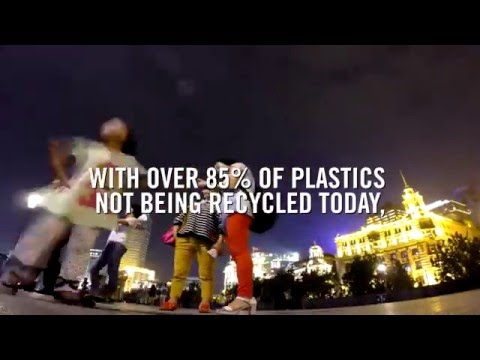 A growing topic in the environmental community around the world is about plastic, and what to do with the growing amount of waste material that seems to complement our growing...

Fracking Opens the Gate for Renewables

The Paris COP21 Climate Agreement in December put the world in an exciting position, with 187 countries agreeing to make 'intended nationally determined contributions (INDCs) to control the impact of...