Steve Horn is DeSmogBlog's Research Fellow and investigative reporter on energy, climate and environmental issues. Based in Madison, Wisconsin, Steve digs beneath the surface on misleading public relations and propaganda campaigns, global energy supply chains, energy finance and economics, as well as the role of legal systems and political mechanisms and their impacts on hastening anthropogenic climate disruption.

Steve has also co-directed two short documentary films. Published by DeSmogBlog,"Sand Land” focuses on the frac sand boom and its environmental impacts in western Wisconsin. "Petcoke: Toxic Waste in the Windy City" addresses the issue of petroleum coke ("petcoke") and the impact that piles of black tar sands by-product has on working class citizens of Chicago's south side. Both documentaries have received over 100,000 views on YouTube combined.

Steve is a competitive marathoner, with a best time of 2:43:04 in the 2009 Boston Marathon. He is currently training for his seventh marathon, which he will run in Duluth, Minnesota at the Grandma's Marathon in June.

Cross-Posted from DeSmogBlog Robert Crear, one of the lobbyists working for Dakota Access pipeline co-owners Energy Transfer Partners and Sunoco Logistics, formerly served as a chief of staff and commanding...

Cross-Posted from DeSmogBlog The U.S. Army Corps of Engineers has confirmed to DeSmog that Energy Transfer Partners, the owner of the proposed Dakota Access pipeline, has ignored the Obama administration's September...

Cross-Posted from DeSmogBlog Almost exactly 20 years ago, President Bill Clinton signed into law a bill creating an interstate agreement for emergency management. That inconspicuous law has opened the door for the...

Cross-Posted from DeSmogBlog TigerSwan is one of several security firms under investigation for its work guarding the Dakota Access pipeline in North Dakota while potentially without a permit. Besides this recent... 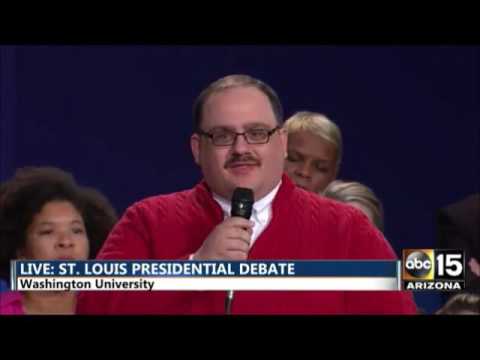 Cross-Posted from DeSmogBlog After Kenneth Bone asked a question about energy to presidential nominees Donald Trump and Secretary Hillary Clinton at the presidential town hall debate on October 9, he quickly became a viral...

Cross-Posted from DeSmogBlog Photo Credit: C-SPAN On September 9, the Obama administration revoked authorization for construction of the Dakota Access Pipeline (DAPL) on federally controlled lands and asked the pipeline's owners, led by Energy...